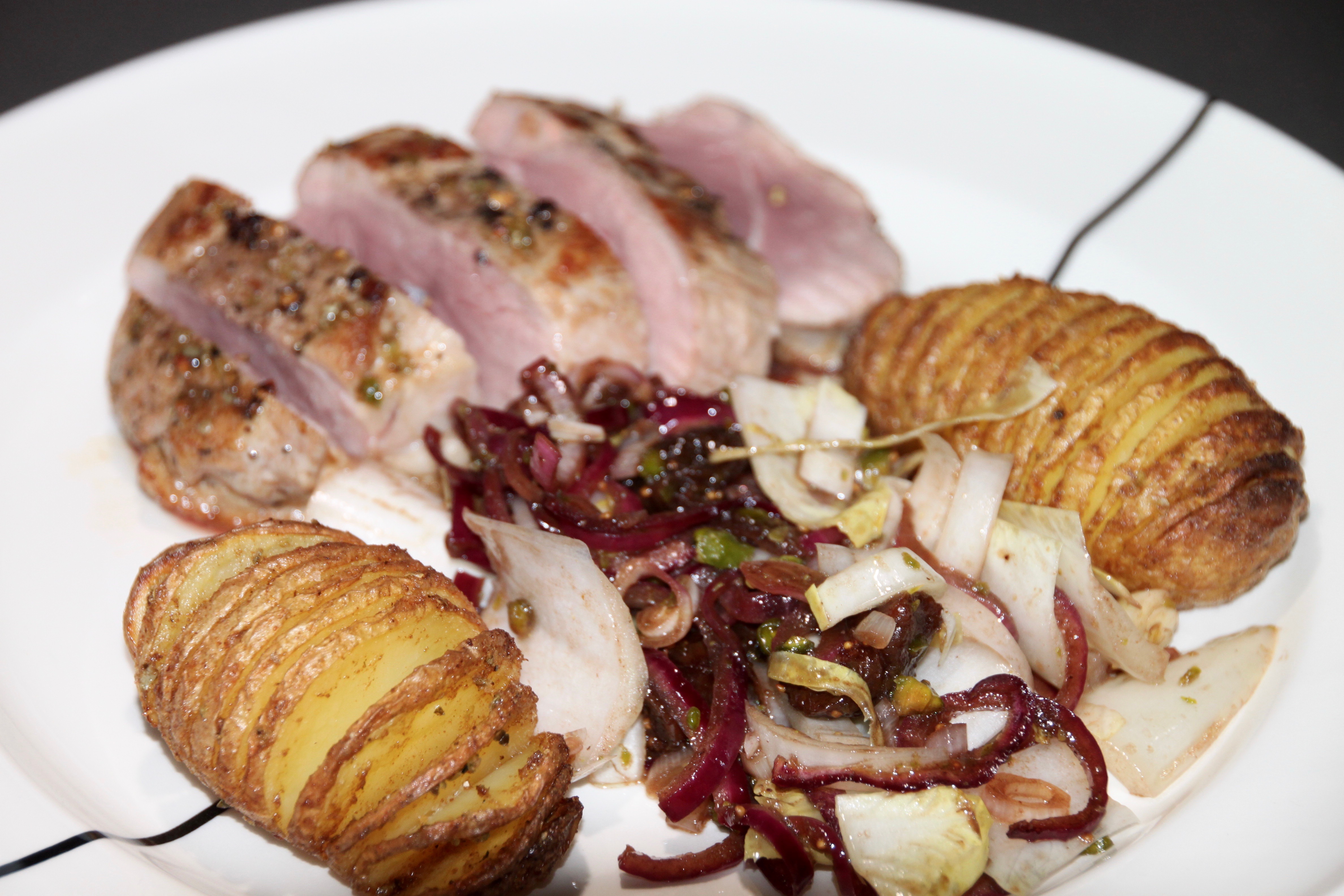 More or less by accident I created a potential Sylvestermenu today.  It started with a recipe for roasted figs with chicory I saw.  The combination watched my interest and I wanted to make it immediately. but as it is a side dish, I needed something to go along with it. Recently I made Hasselback potatoes, and that seemed a logical combination. Then I had to decide about meat: I was thinking about lamb or duck, it became duck.

the recipes for the Hasselback potatoes and the roasted fig-chicory salad have already been published, so here it is only about the duck.

Method for the duck: