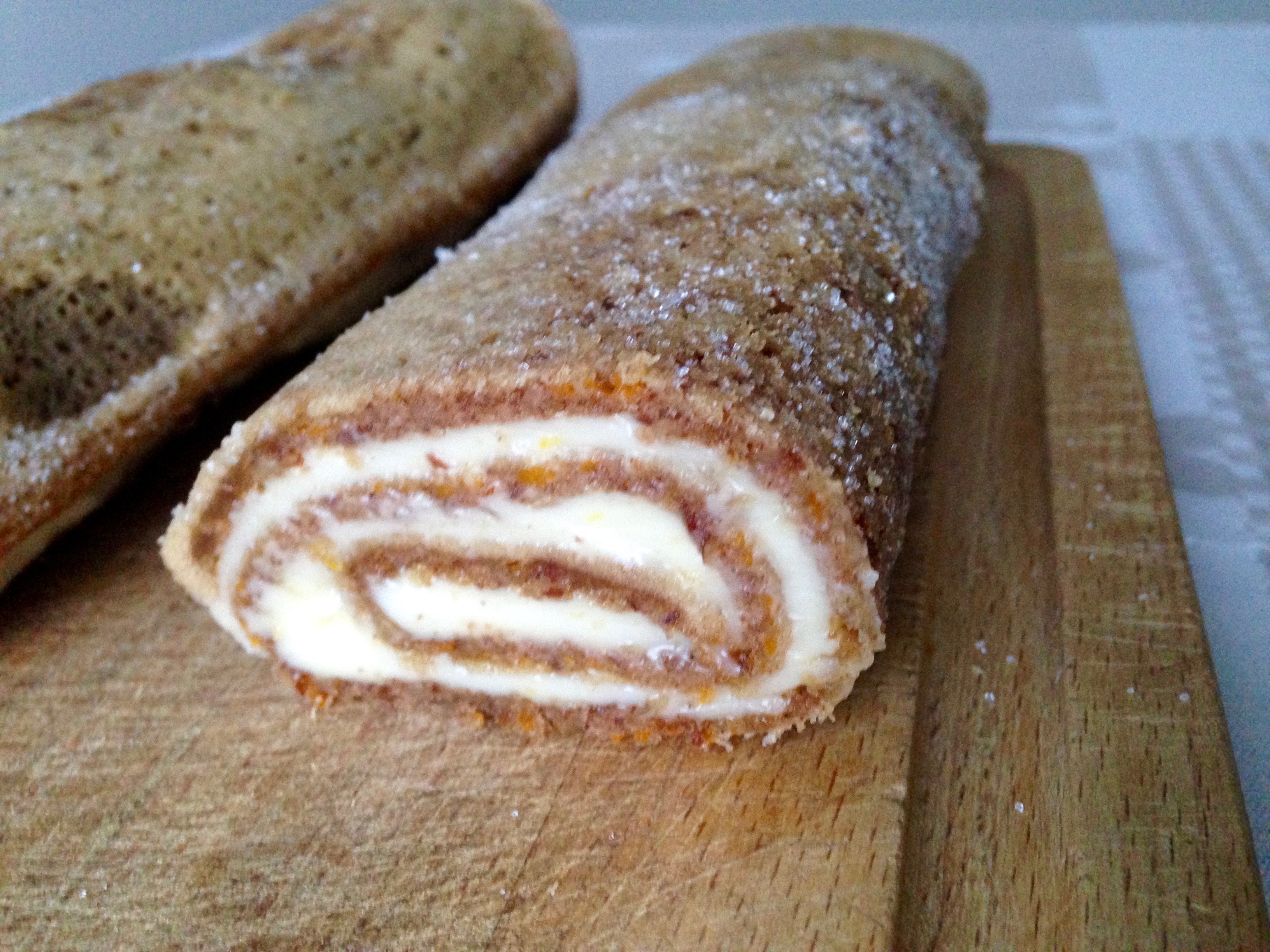 On my search to a new and surprising recipe with pumpkin I found this roll cake.  This was especially interesting for me, as this kind of cakes is in fact a speciality of my mother.