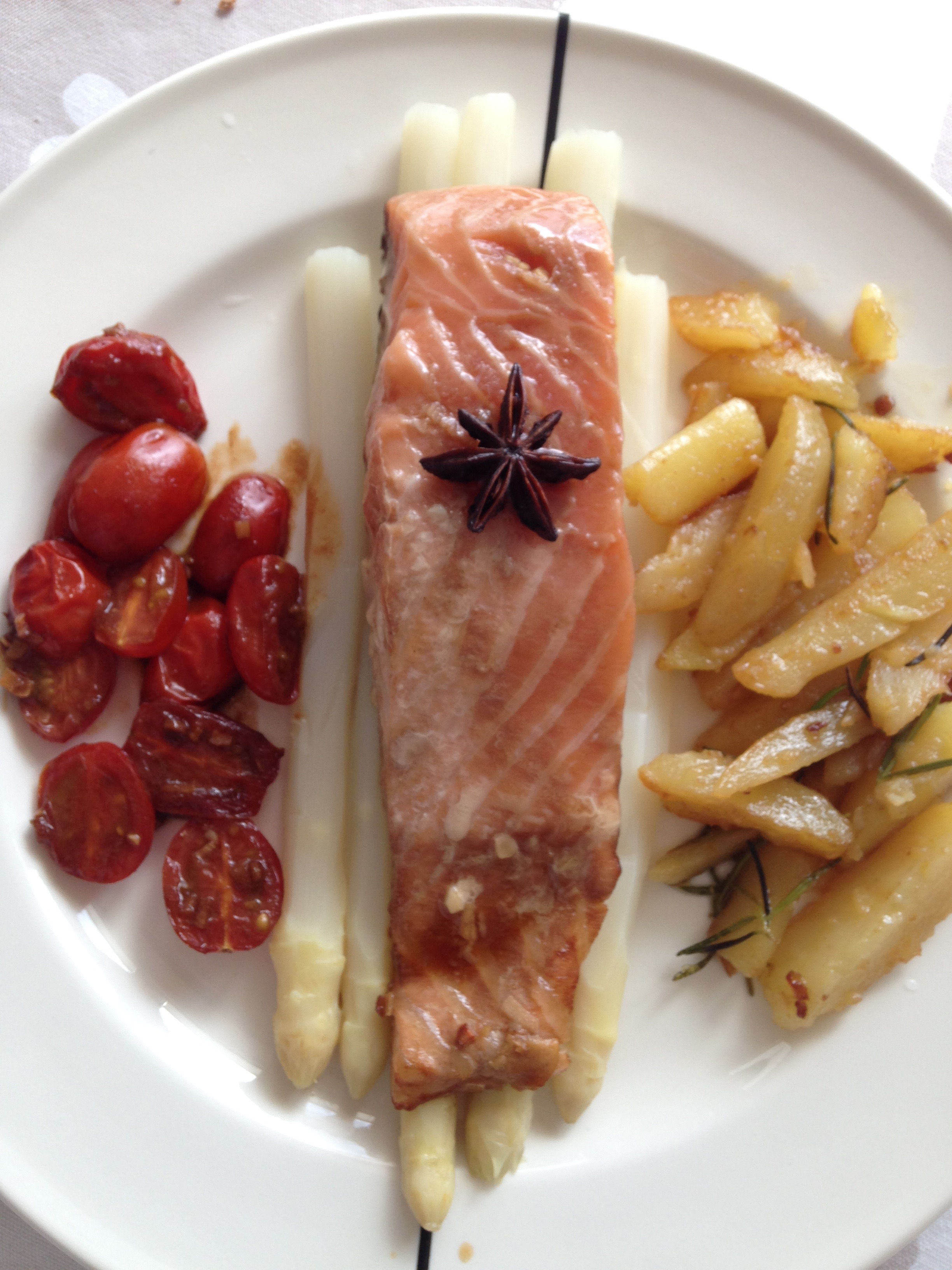 salmon topped with star anise on a bed of asparagus

Last weekend I was in asparagus.  On Saturday the salad with strawberries, on Sunday a self made combination with salmon and star anise.  The idea for the marinated salmon comes from a completely different recipe.

Since I didn't work based on a recipe, the quantities are rather an indication. Actually I just messed around a bit, but the result tasted really very well 🙂